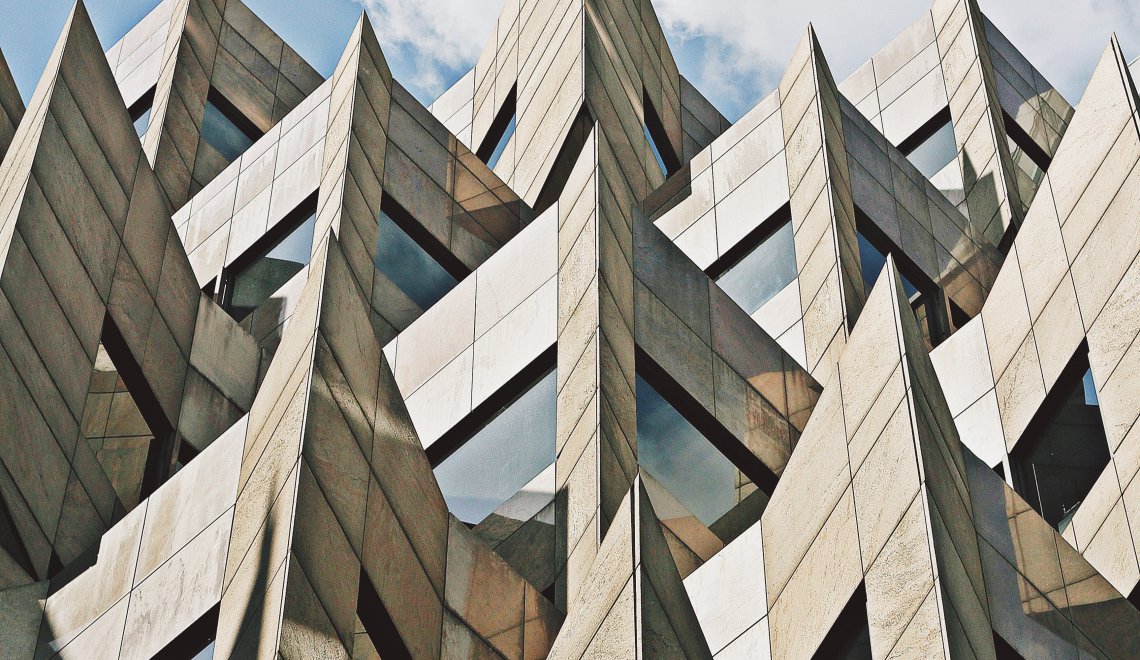 Inflation: A real threat but an over-reaction by the market. Stay vigilant on duration and maintain interest rate hedges.

In early November 2017, we began to consider the risk of rising inflation to the US economy and the impact on asset prices. Our thesis was that apart from the traditional factors such as rising commodity prices and tighter labour markets, monetary policy would have a perverse impact on inflation, boosting it as policy was being tightened. We maintain our initial outlook, which is that inflation will become an increasing factor in economic growth and markets, but reiterate that this is a 2 to 3 year theme. We think that markets are pricing inflation risks far too soon and that inflation will rise steadily rather than surge. Unlike asset prices, the prices of goods and services are pretty pedestrian and tend to be slow to adjust. This is particularly true in the labour market which is an important contributor to inflation.

In early February 2018, a strong wage growth statistic sparked fears of inflation which in turn led to a selloff in US treasuries and equities (which have become highly dependent on bond yields to justify inflated valuations.) This was premature but also a harbinger of what could lie in store later in the year.

We expect inflation to rise in an orderly fashion. The bond market may price these expectations pre-emptively to varying degrees and is thus likely to become more volatile and also settle in a range of higher and rising rates. The rise in 10 year UST yields from 2.04% in September 2017 to 2.95% in February 2018 has been steep. The bond bulls see levels at which the 10 year UST yield becomes attractive for a bond with no credit risk. They argue that inflation has been below target for most of the last decade, that the Fed will likely cut rates in the event of any softness in the US economy, and point to the experience of 2014, when US treasuries rallied after the so-called Taper Tantrum of 2013. The bears argue that inflation is rising, the Fed is now shrinking its balance sheet and raising rates, that issuance is likely to increase to fund growing deficits, and that foreign demand may recede for a number of reasons from successful protectionist policies reducing trade surpluses of foreign buyers, to a buyers’ strike by trade rivals.

Our view is that the 10 year yield bottomed in 2012 when the Taper was announced but that the process of bottoming out is a multi-year process. We think that a 3.6% to 4.0% range for the 10 year is not just possible but probable, but that the yield might well test 2.6% or even 2.2% before it gets there. We do think that 2.0% has been established as a floor. On this basis, at 2.6% and 2.2%, the 10 year US treasury should be shorted. What could confound this outlook and see the 10 year trading back towards 1.4%? A recession and the Fed’s . response to one would certainly push bond yields in that direction, but we do not expect a sharp recession, only a minor one which will also come late.

The FOMC meets on Thursday and the market implied probability of a rate hike is 100%. What is more important will be the Fed’s outlook for the economy and the expected policy response going forward. While the Fed has maintained a position of 3 rate hikes for 2018 the market has gone from pricing in only 2, to now pricing in 3 and entertaining the possibility of 4. In 2017, the market similarly underestimated the Fed’s determination to raise rates. We think we should listen to the Fed more closely. Since the crisis 10 years ago the Fed and other central banks have been leading the market, co-opting it into the deployment of monetary policy. The Fed and the market remain symbiotic even if the message occasionally gets garbled.

In the aftermath of the crisis 10 years ago it became clear that every nation would pursue a more selfish agenda and that this implied a trade war, first fought in FX then in the reshoring of manufacturing capacity and finally in open protectionism. The Chinese economy is a case in point. While it has continued to grow, it has become less trade dependent for over 10 years now. The same applies to the US and to a greater extent, to everyone in the global supply chain. 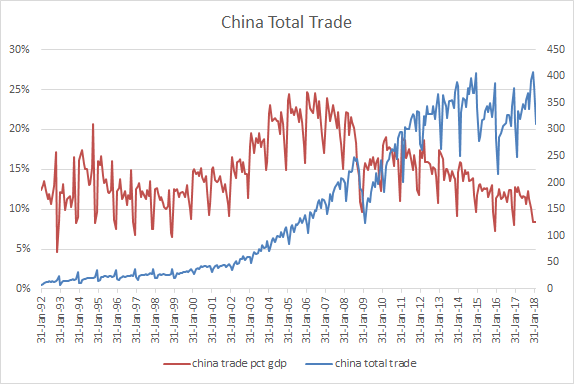 2017 was a recovery year for international trade but it was also one where domestic growth pulled on trade rather than where trade buoyed growth. The Trump administration’s reinvigorated protectionist agenda brings trade conflict back to the fore but global supply chains are more complicated since the proliferation of globalization. Value is added to goods along an international supply chain which complicates the impact of tariffs and embargoes.

More worrying is that trade protectionism is a symptom rather than a cause and it is the symptom of something deeper than mere commerce. The growth rate post crisis was too low weakening the argument for cooperation and encouraging insularity and self-sufficiency. The unequal distribution of benefit through the various bail outs and unconventional policies has also led to increased Balkanisation of society. Social media has been an enabler and multiplier of this great partition. The risk that conflict in commerce infects social, political and international relations is rising.